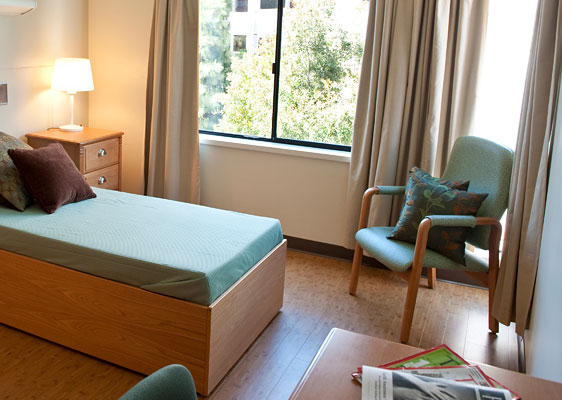 One Writer’s “Vacation” in a Psychiatric Hospital

Last Monday, March 17, I said that I was going on a little “vacation” because I had exhausted myself while finishing the novel. The novel had exhausted me, but contrary to what I and others might have suggested, I did not go to a cabin in the woods, nor to a remote, sun-dappled island.

The truth is, I have been in a psychiatric hospital for the past week.

It’s amazing how quickly you become used to having this on your wrist all the time.

I have had bipolar disorder (manic depression) for over 25 years, and have been diagnosed with the disease for about twenty. For the past two months I had been experiencing what’s known as “ultra-ultra-rapid-cycling”—extreme swings in mood from low to high that include sobbing, irritability, impulsivity, anger, laughter, etc., with changes in mood coming sometimes within time spans as short as an hour.

These mood swings are triggered and/or exacerbated by periods of intense stress, lack of sleep, poor eating habits, or, in my case, all of the above, coupled with working to exhaustion on making my new novel as perfect as I could make it.

The hospital I went to lured me in with photos of a finely-appointed parlor, fireplaces, swimming pools and walking trails; but once I got there, I discovered that those amenities were for the celebrity-centric detox program, not the “Acute Care Unit” with its 24-hour lockdown, which is where I was put.

For a week, I was given new medication and observed around-the-clock by psychiatrists and nurses. My only communication with the outside world was via a pair of monitored telephones in the hallways; I had no access to the internet or any electronic devices.

On the plus side, I collected some great material for a future book. I learned a lot about myself and came to respect my fellow patients for their bravery and support. We watched The Shawshank Redemption (“Get busy livin’ or get busy dyin'”), plotted coups involving TV usage, played chess and Scrabble, strolled the euphemistically-named “deck” (an Alcatraz-like exercise yard in miniature), ate meals together, debated the merits of various medications, took side bets on minutiae including when the kitchen would open, gave each other nicknames (like “Green Lantern,” for a guy who wore only a Green Lantern hoodie) and shared our experiences in group discussions.

A typical room in the psychiatric hospital where I stayed—albeit a little bit more nicely furnished.

The photo shown is of a typical hospital room. Alexas described the hospital in general as “a Travelodge with nurses, full breakfast, group meetings and 15-minute bed checks.” The rooms, as well as the entire hospital, are designed to be low-stimulus, low-stress. Miraculously, however, I did manage to get a little writing done at the desk in my room.

While I was in the hospital, I debated whether or not to tell everyone the truth about where I’ve been and why it’s taking me a little longer than I’d hoped to release One Hundred Miles from Manhattan. And then while inside I met a remarkable young woman (she’d just been diagnosed bipolar; she had been rapid-cycling; and she was mature, talented and intelligent beyond her years). It was she who convinced me to “lay it out there, Chris.” She said I should do whatever I can to reduce the stigma. So, that’s exactly what I’m doing.

Thumbnail of the cover of One Hundred Miles from Manhattan (cover by Elisabeth Pinio).

However, my doctors’ orders include sleeping, eating better, and not driving myself as hard in my work. So, please be patient with me as I work (gently) to release the new novel. I just want all of you to understand why it might take me a little longer than I originally promised. The hospital stay helped, but I am by no means “cured,” and I need to learn to take things easier.

Thank you for your continued support.